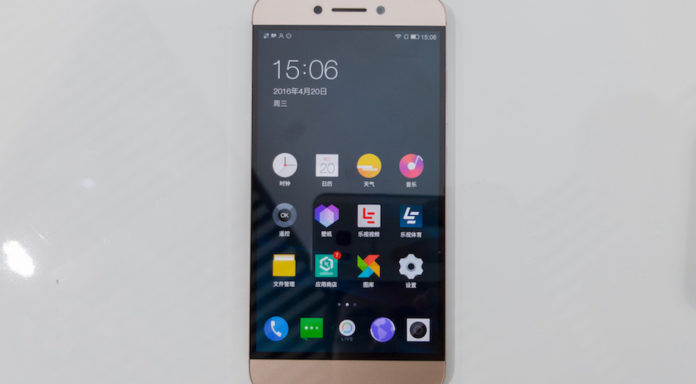 Most of the smartphone manufacturers are launching their devices with 4GB RAM, there are few, likes of OnePlus, who have gone a step further by introducing their latest flagship with 6GB RAM. But, it seems like companies are not done with the RAM yet and ready to go to any extent in order to capture the market attention. LeEco is rumoured to be working on a newer version of Le Max 2, purported as Le Max 2 Pro is slated to have a jaw dropping specifications. If we believe on rumors, the company is working on a device that is slated to be called Le Max 2 Pro and will feature 8 GB of RAM, Snapdragon 821 processor, and a 25-megapixel rear camera. The company has already launched Le Max 2 with a powerful 6 GB RAM under its hood powered by Snapdragon 820 processor.

LeEco, the Chinese smartphone behemoth, formerly known as LeTV was incorporated in 2004 and has ventured into the smartphone business since April 2015. In 2016, LeEco ditched 3.5 mm traditional headphone with Type C port jack in its three new smartphones. And to fuel up the competition, the company has also entered in autonomous cars and smart bicycles.

Random Access Memory, or RAM, provides random access to your data stored in your internal memory, also known as Flash memory, as it fetches the data from random locations in a blink of an eye. Switching between the apps in a blink of an eye is done by RAM and it also takes care of the background processes. As the apps nowadays demand more resources to perform smoothly, the old devices with Android KitKat and 1 GB of RAM have become laggy in the current scenario, so one must infer that RAM usage will eventually increase in the future.

The statement ‘My Phone has hung’ may become obsolete in the near future as the previous generation of smartphone manufacturers doesn’t bother to stress the importance of RAM. In turn, due to heavy app usage, a user experiences slow performing phone due to stress on the RAM.

The topic of discussion is, do we really need RAM more than 4GB in a smartphone? A majority of laptops carry 4 GB or less RAM to perform many heavy tasks, which is more than sufficient in most of the cases. Even in the smartphone these days the applications installed don’t really eat up more than 3 GB of RAM and only a bunch of power users, like MKBHD, are able to push those devices to its limits.

We must remember there were days when 512 MB of RAM was considered enough back in the ICE CREAM Sandwich days. Android KitKat era witnessed the devices with 2 GB RAM that flooded the smartphone market. In the current Marshmallow era smartphones are beefed up with 6GB of RAM which is apparently a bragging stuff than real need as a chunk of RAM is always remain unused.

Heavy gaming takes a chunk of RAM; if a user switches between 10 to 11 open games on a smartphone then he must possess a device with larger RAM base. Increased RAM will also facilitate the futuristic 4K recordings like in OnePlus 3, and also improve the battery performance. It’s a hectic task for CPU to constantly reload the data from Flash memory, which takes a toll on the battery.

As Steve Jobs once said ‘A lot of times people don’t know what they want until you show it to them’. We can assume that upgrading the hardware of a smartphone is a signal towards software revamps.

The technology is developing at leaps and bounds and the future belongs to augmented and virtual reality. Like the DayDream feature that Android will launch with its Android N. Samsung and Apple are working on futuristic smartphone technology like the bendable smartphone (Samsung) and wrap-around-display (Apple) with OLED panels. In such cases, apps and games will require heavy RAM, and maybe companies like LeEco and OnePlus are able to visualise the availability and demand of such futuristic devices sooner than expected.