With the increased proliferation of smartphones, we have seen a global trend of diminishing ASP (Average Selling Price) for almost all smartphone brands. In the midst of this price war, Apple Inc. (NASDAQ:AAPL) has been an exception, as even in the face of increasing pressure from competitors like Samsung, they have stuck to their high-profit margins by slapping a premium price tag on their iPhone lineup. This has in fact worked out quite well for Apple as they have established their brand of devices as the pinnacle of mobile engineering, justifying the lofty price tags with claims of having made the ‘fastest and strongest’ phones on the market.

All that has come under fire from a recent revelation from Apple’s own statement that the supposedly best phone in the market has a lifespan of just three years. While 36 months can be a long time in the land of tech, the current situation of tech raises some pertinent question about the ROI of buying a new iPhone. Smartphones have seemingly reached a saturation point, and even Apple with their yearly release schedule have failed to introduce a convincing feature that would force their users to upgrade from the iPhone 5s. Since the hardware seems to have no problem keeping up, then does Apple intentionally sabotage newer versions of iOS to cripple older devices and force an upgrade out of their consumers? With this burning question in mind, we jump headlong into the day’s topic.

In a bid to be more environmentally aware, Apple launched a collaborative effort with WWF last week, where they not only rejigged the app store with eco-awareness apps but also published a report where they analysed the greenhouse gas output from each category of their products by looking at the hardware inside them, the relative size and weight as well as daily usage patterns, shipping methods and disposal practices. However, this move to be more transparent may just have backfired on the Cupertino Giant as the life expectancy numbers of Apple products has raised concerns among many buyers.

“Years of use, which are based on first owners, are assumed to be four years for OS X and tvOS devices and three years for iOS and watchOS devices,” said Apple.

One of the selling points of Apple hardware apart from the user experience has been the excellent customer care and longevity of everything made by the company. However, in light of this new revelation, customers may have to reconsider their one-time heavy investment into getting an iPhone as their expensive gadget may be running on a very short fuse. The situation, however, worsens for second-hand buyers as someone getting their hands on a device that is earlier than the iPhone 5s, is effectively buying a dead device. With Apple looking to offload several models of refurbished devices into markets like India, it becomes imperative that we find out exactly how bad the situation is for iPhones older than 3 years.

While the video above does show pretty clearly that Apple has put its plans for time-oriented obsolescence in motion even with the newer generation of devices like the iPhone 6, one may, of course, argue that this is a one-off case. However as thousands of reports across all social media correspond to this exact report of newer software ruining the performance on iPhones, we are led to believe that this could be more of a devious plot by Apple to force their loyal customers into buying newer hardware.

The counter argument that the newer software upgrades are too heavy for the older devices to run also falls flat on its face as iOS has a very simplistic look and feel that hasn’t changed much over the years. Besides, Apple has been caught red handed before playing the same game, when hackers were able to get Siri to work perfectly on the iPhone 4 by jailbreaking it, a feature Apple had previously claimed to be impossible due to hardware limitations.

And the Google Search Results for the keyword “iPhone slow” is the final nail in the coffin as each of the spikes in the search trends corresponds to the release of a new version of iOS. This is very clearly a well thought out move by Apple to force users to upgrade from their iPhones that are perfectly capable by crippling their devices with newer versions of iOS. While iPhone sales have been at an all time high, 2017 seems to have heralded a change in the wind. As iPhones fail to remain relevant, and Apple has stagnated in innovation, one can only presume that Apple will seek to continue on their path of planned obsolescence as a necessary means to force higher adaptation numbers of new iPhones.

So what does this leave you, as a consumer? If you’re in the US or other nations where carriers subsidize phones and 2-year contracts are the norm, this new development shouldn’t really hurt you that much. As is with most users on contracts, once the two-year period is over, the new contract comes with a new iPhone, and you can easily keep pace with the iPhone’s tick-tock cycle of external and internal improvements to the device every couple of years.

However, in many countries such as India, where people are extremely budget conscious, Apple has been able to make a mark by selling older generation devices like the iPhone 4s. Apple has also been trying to convince the government of India to let them sell refurbished phones in the subcontinent and this latest development, where Apple essentially admit that iPhones after three years are nothing better than e-waste, wouldn’t help the Indian telecom officials budge from their decision one bit. Apple in their hunger for money and profits has tried to gain market share in developing smartphone markets by using them as a dumping ground for their old electronics while earning a pretty buck on it as well. As the above graph shows pretty clearly, at every price point that Apple has chosen for its older generation of phones in India, a better device is available from the Android camp at a lesser price point. In fact in a head to head comparison with the Redmi Note 3, the iPhone 4 comes out looking like an ancient relic. Apple has managed to get away with exorbitant pricing over and over again, due to their perceived brand value.

As India embraces the digital era of online shopping, we see that Chinese OEMs have been able to chip away at Apple’s market share, winning over the budget segment with their value for money products. With the Indian mentality shifting from brand loyalty to a more ROI oriented thought process, Apple may find that its charm and hold over the Indian youth has drastically fallen.

With the ASP of Indian smartphones hitting rock bottom at $170 in 2015, Apple finds its back against the wall as far as the budget segment is concerned. As buyers get disillusioned about the Apple branding, we may see that this new development may cause a dent in Apple’s sales figures especially of phones that are older than the 5S. With this one wrong move, Apple may have to bow out of the fastest growing smartphone market without even having a chance to put up a fight. 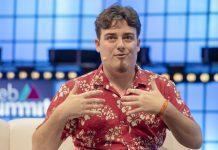 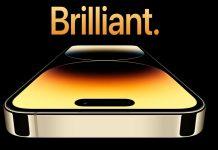 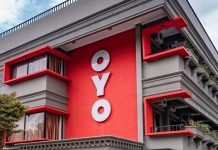