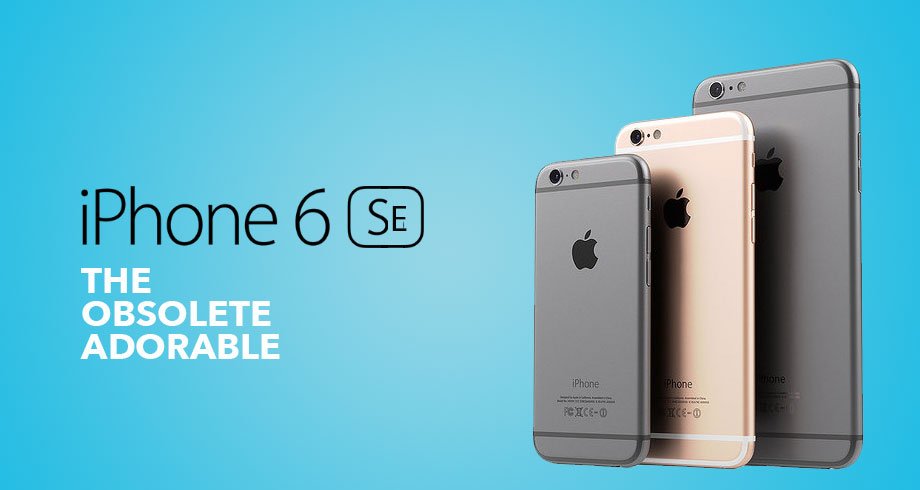 With the murky launch of iPhone 6s and 6s Plus, Apple Inc. (NASDAQ:AAPL) is planning to launch a 4-inch iPhone 5se, along with an iPad Air 3 and, the much awaited, iPhone 7 recent rumours claim.

Much has not been revealed about iPhone 5se yet, but, according to Connected KGI analyst Ming-Chi Kuo, the “iPhone 5se” might sport a form factor similar to that of the iPhone 5s, but with the following improved hardware specifications:

Word in the air is that Apple is looking to ditch iPhone’s conventional 3.5mm headphone jack for a Bluetooth or an alternative Lightning solution. However, it’s yet to be seen if the company will bring this change to only iPhone 7 or to the new 4″ iPhone as well.

In November last year, when we first heard about the new 4-inch iPhone, we dug deep to understand if a smartphone sporting 4-inch screen makes any sense in today’s scenario and will people will show any affection to a relatively smaller screen when a 4″ screen smartphone looks so old-school. The much acclaimed and, probably, a must read, for all of you who really want to understand the game behind the existence of a small screen 4-inch iPhone.

As of the quarterly three-month period which ended in December, iPhone sales hit 74.8 million units, a figure slightly lower than Wall Street’s expectation of 75.5 million units. Moreover, an interesting insight from CRIP’s (Consumer Intelligence Research Partners) data claims that the iPhone 6s accounted for 48% of all U.S iPhone sales, during Apple’s Fiscal first quarter; while the iPhone 6s Plus accounted for 19% of all U.S iPhone sales. It is considerably lower when compared to the same quarter in 2014— the iPhone 6 represented 45% of all iPhone sales in the U.S while the 6 Plus bagged 30% of the sales. What do all these figures got to do with the latest rumours of new 4-inch iPhone rumours that are making rounds on the internet for some time?

With more surfacing information about the new iPhone 5se, today we are going to analyse Why does Apple strongly feel there is a need for another 4-inch iPhone and how much hit Apple will have to take if it really wants to succeed with iPhone 5se.

The new mantra of 4-inch phone

Fiksu figures show that since the launch of the latest iPhone 6s models in September, it took almost 4 months for the iPhone 6s to gain a 10% share among all the active iPhones worldwide. While it took less than 3 months for the previous iPhone 6 to gain the 10% share.

Although the iPhone 6 is currently the most used iPhone with a 31.8% share, a deeper look into the earlier models show that the iPhone 5s usage peaked at 28.6% on August 25th, 2014–just days before the launch of the next iPhone 6 model. The iPhone 5s currently ranks second in terms of usage along with an 18.1% overall share—that is roughly a 10.5 percent point drop since the peak usage in August 2014. Nevertheless, the most disappointing launch, according to critics and users was the iPhone 5C; it currently holds a mere 6.1% overall, which is also 2.4 percent points lesser than the older, iPhone 5.

Now the question remains: Is the new 4-inch iPhone 5se still relevant in the market?

The iPhone 6s adoption was reportedly down a third, when compared to the previous iPhone 6—means that the existing iPhone users were reluctant to move on to the bigger-screened ‘S’ model. Probably, users with a 4.7 inch (iPhone 6) display did not see much ROI in purchasing another 4.7-inch model (iPhone 6s) or the 5.5 inch model (iPhone 6s Plus), just for a 3D touch and arguably, a better performance.

According to the above Fiksu’s data, 57.2% iPhone users are already using 4.7-inch or bigger iPhone, which means only 42.7% iPhone users who are still hooked with 4-inch or smaller screen iPhone should be the potential in-house buyer for Apple. This may indicate that Apple knows what it’s doing and a smaller iPhone could actually be refreshing

But, does that mean all 42.7% will jump for the rumoured 4-inch screen iPhone 5se? A recent study conducted by investment firm Piper Jaffray involving 1,077 US consumers revealed that 31.2% of the Americans find the 4.7-inch screen size of the iPhone 6 and 6s optimal while, only 27.2 percent of the respondents were sated with the 5.5-inch screen of iPhone 6 Plus and 6s Plus. 20.3% of those participating in the study said they’d buy a 4-inch device, but these are the iPhone users who apparently stuck with 4-inch or smaller screen iPhone due to various reasons. They can also be classified as the non-adopter of the latest technology. Therefore, 20.3% of 42.7% small-screen iPhone users result in a number, which looks quite minuscule.

Analysts believe, upgrading Apple small screen iPhone users is not on the cards alone. With the new iPhone 5se Apple is aiming at Android smartphone users camp. The cat was let out of the bag by a report suggesting that a significant 30% of iPhone buyers in Q4 2015 switched from an Android smartphone. If Apple gets its pricing strategy right, we can see the percentage swelling beyond 50% in the first three months from the launch of iPhone 5se. But the big question is, Will Apple get that right? Let’s find out.

However, the Indian market offers a treat for Apple and its phones. Since their recent success of $1 billion sales in India, Tim Cook has visualised a big opportunity in the booming market. Analysts have reportedly revealed that the iPhone 5s accounted for 30% of the shipments, while the iPhone 6s and iPhone 6s Plus comprised of, lower-than-expected, 50% of the shipments. Similarly, in 2015, the outdated iPhone 4s was reportedly selling like hot cakes, with prices dropping below Rs 13,000 ($200).

Subsequently, a Cybermedia Research indicates that the ASP (Average Selling Price) for a smartphone in India in 2013 reached ₹13,000 (Avg. US$200). Falling mercilessly, it plunged further to ₹10,700 (Avg. US$160) by the end of 2015. Thus, the premium segment of the Indian mobile handset market (> US$600) like Samsung’s Edge Series smartphone and Apple’s iPhone 6s accounted for mere 0.6% of the market.

Equivalently, the boom for budget phones from Xiaomi, OnePlus, and similar companies forms another battleground for Apple is all set to launch cheaper iPhone 5se.

Condensing the article, the 4-inch iPhone 5se could garner a significant amount of shipments for price sensitive markets, as well as other markets, only if Apple decides to cut down on the initial launch price. And hence, we once again prove, for Apple, bigger is not always better.