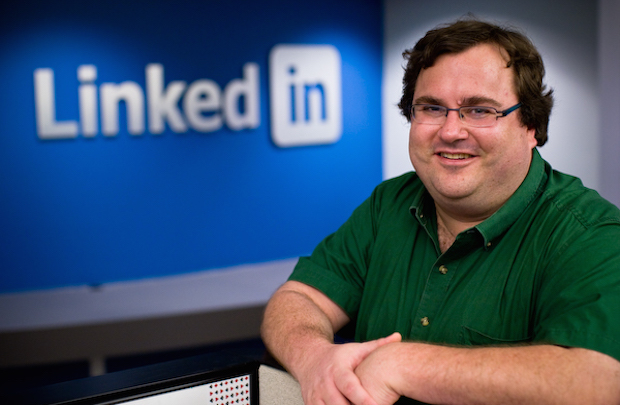 Little did the world imagined a professional social network LinkedIn Corp (NYSE:LNKD) originated in 2002 stands out to be one of the widely used networks with 364 million users spread across 30 countries with a market cap of $28 billion. However, Reid Garrett Hoffman the co-founder rightly perceived the successful voyage of the project. On the occasion of the 48th birth anniversary of this gregarious intellect visionary here we touch base few interesting, yet less known, aspects of his life.

1. Soon after his education he joined Apple Computer in 1994 and worked on eWorld an endeavor to create a social network. AOL acquired eWorld in 1996. In 1997, he co-founded his first project SocialNet.com though it turned out to be a failure he learnt “Winning Requires More Than Just Building A Superior Product,” simultaneously, he was sitting on the board of Paypal. SocialNet was also regarded by few as the first online social network. Later in 2000, he left SocialNet completely to join Paypal as COO. After a lot of analysis and study the visionary ventured on the new project LinkedIn along with his two former colleagues from SocialNet.

2. The potential of the social media was harnessed through his relentless hard work throughout the 7 days of week. This Silicon Valley’s Grand Master apart from being a visionary entrepreneur he also have a flair for writing and there are few books to his credit those stole the markets in the initial weeks of launch. “The Start-up of you Adapt to the Future, Invest in Yourself, and Transform Your Career” co-authored along with Ben Casnocha provokes the individual to learn the new skills and motivate them to invest in themselves. There are several articles, op-eds and blog posts the futurist has authored.

3. In spite of gaining a huge popularity, LinkedIn remains to be one of the most confusing internet interfaces for the users to use and the co-founder happened to counter this question in one of his recent interviews. He responded as to LinkedIn team is working on the interface to make it more simpler and user-friendly.

4. As a teenager in the college Hoffman thought of doing something bigger that can impact the whole world. He took up philosophy as his subject at Oxford to enhance his writing and strengthen the intellectual public culture. Indeed, his writing helped him to figure out where he actually stood on the path of achieving his goal.

5. Along with the LinkedIn, there are other several ventures Hoffman is being part of together with the budding companies like last.frn, Zynga, to the huge ones like Mozilla, Paypal, Flickr. He sits on the numerous boards and he manages to work along with multiple firms.

6. Hoffman has also been an active investor and has backed Facebook in the initial days of the firm as he was approached in the initial days. Xapo has been the new venture he is looking upon this year, it is been the Bitcoin Wallet. He is credited with 71 investments in 53 companies. The “startup whisperer” primarily focuses on investing in “world-class entrepreneurs with new categories of ideas with the possibility of massive scale.”

7. The major funding areas of Hoffman include Education, Entrepreneurship, Economic Development, and Youth Activism. He is also part of various nonprofit ventures one of them being Kiva, that focuses on microfinancing to combat poverty. Philanthropic activities of the visionary though concentrated on the grass root level it followed a capitalist approach. Endeavor Global is the other organization endorsing “high-impact entrepreneurs,” additionally, it is been the inner-city youth education outfit.”How can a fixed amount of money reach the most people and do the most good?” is been the guiding philosophy of Hoffman throughout and this prompted him to look the non-profit dimension of the startups.

“I actually think every individual is now an entrepreneur, whether they recognize it or not”, these words of Hoffman depicts his trust on the human capability that led him long way to the path of success, and the proverb “Failure is the stepping stone of success” depicts the life story of him and the way he tackled failure to reform it into a stunning victory of LinkedIn and Reid Garrett Hoffman as individual.

The article is a part of the B’day Series where we celebrate the birthday of renowned personalities from across Industries, very frequently. The series includes Entrepreneurs, C-level Executives, innovators or a renewed leaders who moved the industry with his exponential skill set and vision. The intent is to highlight the person’s achievements and touch base the little known, but interesting, part of his life. You can see the list of all earlier celebrated tech personalities, including Mark Zuckerberg, Marrisa Mayor, Sean Parker, Andy Rubin, Julian Assange, by following this link or subscribe to your daily newsletter.

To make it more exciting, we suggest you to make use of the comment section if you are among the ones celebrating their birthday with today’s featured personality.