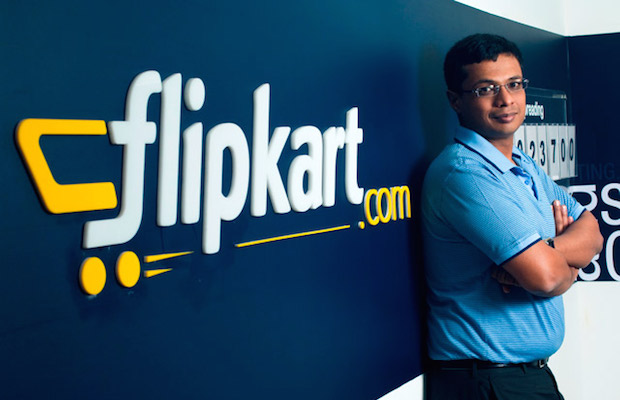 Helion Venture Partners and IDG Ventures India, two stakeholders in Flipkart – India’s E-commerce bellwether have sold their majority of stakes in the firm. Does this indicate that the mega valuation spree that was running in the e-commerce sector in India has started slowing down? Or worse still, is it the beginning of the end for the massive rounds of funding that these firms have been attracting on the back of their valuations and projected sales?

As cited in The Economic Times, Helion was a stakeholder in Letsbuy and when Flipkart acquired it, they got a 0.2 percent stake in Flipkart, estimated at around $26 million. They have sold their entire stake. And IDG came in as a stakeholder through their stake in Myntra and had a stake of 1 percent in Flipkart. It is not clear how much of their stake IDG have sold.

While efforts are on to verify who the buyers are, the bigger indications for the Indian e-commerce sectors are a tad bit worrying. If you remember, Jack Ma’s Alibaba pulled out of investing in Snapdeal after being in talks for a while and reaching an advanced state. The deal hit rough weather after Snapdeal reportedly insisted to be valued between $6 billion and $7 billion (Rs37,500 crore-Rs 43,800 crore) but Alibaba was valuing Snapdeal at under $5 billion (Rs31,200 crore).

When we put both the pieces of news together, we are led to conclude that the valuation honeymoon that the Indian e-commerce companies were having is apparently coming to an end. It is worth noting that since 2012, the Indian e-commerce sector has been receiving dizzying valuation and investment numbers. This sector received more than $5 billion (INR 25,000 crore) in funding in 2014. Out of this Flipkart raised  $1.9 billion (INR 11,900 crore), and Snapdeal made $1 billion (INR 6,257 crore) in funding. The pertinent question to be asked is what is the fundamental underlying business value that was driving these mega valuations? The other important question is what is the promised return in future that will justify staying invested in this huge scale in these companies? These developments notwithstanding, these firms are trying to go and raise even more money, their valuations are going crazy and hitting the sky. Flipkart is valued at about $12.5 billion and Snapdeal is believed to be worth $5 billion. Flipkart is now looking to increase its valuation to $15 billion in a fresh round of funding, Mint newspaper reported on Monday.

According to the latest report by IAMAI and IMRB International, the eCommerce industry in India reached a value of US$13.5 billion (INR 81,225) in 2014. The rapid increase in the use of smartphones and internet services has earned India a place among top 20 developing countries on the global forum, as stated by AT Kearney in its 2014 Global retail development Index (GRDI). Consumer behavior has changed rapidly and visiting a local store to buy a mobile phone is now more of a pain.

While Flipkart, Snapdeal and Amazon have been touted as the major players in this industry, the report shows that Travel industry comprised almost 61% of the total eCommerce market. Similarly, e-Tailing grew by 1.4 times since 2013 taking up almost 29% of the eCommerce market share in India.

This leads us to few questions:

If Alibaba, who is the most successful, largest and most complex e-commerce player in the world thinks that Indian e-commerce firms are over-valued, one has to question the process of these numbers and the people who arrive at them.

Well, these are the questions that only time can answer for us. The need of the hour is to have transparency and sound business models. It would be very helpful to the overall e-commerce ecosystem if these companies open up and make a positive move to gain trust. That will ease a lot of apprehensions and restore the sector to it’s rightful place.