A large chunk of Samsung Electronics’ (KRX:005930) revenue comes from its mobile devices business. But since past few quarters, profits from its mobile device business are declining. According to latest numbers from IDC, Samsung’s worldwide smartphone market share declined from 32.5 percent in Q3 2013 to just 23.8 percent in Q3 2014. This is a huge decline of nearly 30 percent within a matter of 1 year, but what are the reasons behind this decline?

Consumers continue to be dissatisfied with Samsung’s offerings

Over the course of past 2-3 years, consumers have become bored of Samsung’s products, especially when it comes to product design and software performance. Smartphones are not only a tool to getting the job done, they are a part of consumers’ lifestyle. People like to show off their devices to their friends and the crowd. The one area where competitors like Apple Inc. (NASDAQ:AAPL) and HTC Corp (TPE:2498) have managed to defeat Samsung is the product design. Now, the design aspect is very subjective to everyone but it is a general market-sense the Samsung hasn’t been able to innovate when it comes to design. While Apple and HTC have been churning out beautiful metal-clad smartphones, Samsung continued with bland white or black plastic designs with fake chrome strip running around the body. There is little change in Samsung’s smartphone design in the past 2-3 years. Even newer companies like Xiaomi and OnePlus have vowed to offer refreshing new designs with use of materials such as bamboo, denim, and, marble. Samsung clearly needs to overhaul their product design theme. 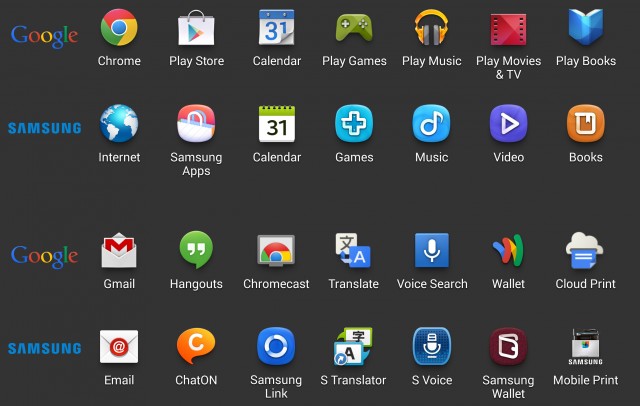 The other major area where consumers have been dissatisfied with Samsung’s smartphones is its software. Granted, Samsung inspired many of the features which come with native Android these days, but it needs to understand that most of the features now come built into the operating system. Samsung not only unnecessarily try to bend Android in its own way, it also bundles many features and applications which duplicate Google’s own services, thereby consuming storage space and processing resources. Duplicity of services does no good to the end consumer. It only leads to unnecessary strain on system resources and increased confusion among consumers.

Samsung’s mid-range and low-end devices seldom get bigger software updates. On the other hand, brands like Motorola (OTCMKTS:LNVGY), ASUSTEK (TPE:2357), and smartphone startup Xiaomi update their devices regularly, despite working on margins to offer real affordable smartphones. While these brands have promised Android 5.0 Lollipop for their complete product portfolio in all the emerging markets likes of India, Samsung has not sent out an official word even to its mid-range.

Apart from its device related issues, Samsung has failed to understand an important development in the emerging markets like India and China. Since the entry of Chinese brands, such as Xiaomi and Oppo, the market has moved in favour of low-priced devices with relatively high-spec devices. While Samsung tries to stuff as advanced components and software features as possible in its high-end devices, its offerings in the low-end and the mid-range price segments are one of the lowest equipped ones. Let along competing with devices from Xiaomi, Samsung smartphones can’t even compete with the ones from brands like Motorola and Xiaomi, or even devices from local smartphone vendors. Due to poor display of Samsung in entry-level price segment, Motorola has managed to break into the top five smartphone brands in India in Q3 2o14.

According to the latest numbers, Xiaomi has established itself as the fourth-largest smartphone vendor in the world, thanks to its low-price high-spec high-volume business model. These numbers are only when they are present in limited markets around the world, unlike Samsung which is present throughout the world. One can only image the market share of Xiaomi once it launches itself in European, American, and African countries.

As per the CounterPoint Research’s report, Samsung recorded 0% growth in the Indian smartphone market, even though the market grew by a staggering 64 percent in Q3 2014. On top of its unimpressive smartphone lineup in the entry-level and mid-range price segment, Samsung’s portfolio of smartphones and tablets is so hazy and bloated, even the technology enthusiasts have hard time remembering the differences between them.

Samsung understands some of the problems and is trying to improve upon them, but not at a pace at which it needs to. Starting with the Galaxy Alpha, Samsung started improvising its design problems. The Galaxy Alpha was the first smartphone from Samsung to use a metal frame with chamfered edges, something similar to that of the Apple iPhone 5S. Its new design received praise from various technology experts and enthusiasts, after which Samsung took over the design in its latest flagship smartphone, the Galaxy Note 4. It has announced new mid-range smartphones, the Galaxy A3 and the Galaxy A5, which are Samsung’s first smartphones with a full-metal design. Apparently, they are not without their flaws, according to a new report, they are experiencing signal strength issues. This problem is something which brands like Apple and HTC were stuck back in 2011, which clearly means that Samsung is not at the pace of improvement that it needs.

Today, Samsung has announced a strategic partnership with BlackBerry to bring the newly released BES12 end-to-end security solution to Galaxy devices. Apparently, Samsung is working on the upcoming Galaxy S6 (Project Zero), which will be announced at MWC 2015, from the ground up. According to reliable sources of SamMobile, it will be based on Android 5.0 Lollipop, and is expected to feature a 5.1-inch QHD Super AMOLED display, 64-bit Snapdragon 810 processor, Adreno 430 GPU, 3GB of RAM, 32GB of onboard storage, and a microSD card slot. It might be equipped with a 16-megapixel or a 20-megapixel camera with phase-detection autofocus, optical image stabilisation, and 4K video recording.

Samsung is working on the issues, but it needs to pace up if it wants to compete with fast-moving competitors. It needs to work a lot on the software speed, bloat-down, and provide faster software updates. A lot of things will be stabilised when Samsung releases better low-end and mid-range smartphones at slightly lower costs.