Home Companies Apple Apple iPhone Mini Would Be Price Tagged Under $150: Could Nokia And... 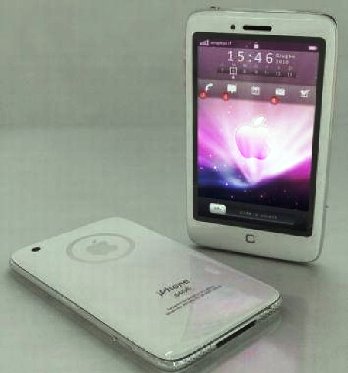 While the iPhone 5 is still holding 4-inch screen, can you imagine another low priced iPhone – being referred as iPhone Mini over internet – with small screen in an era of Phablet? To surprise you more; what if Apple iPhone Mini price would be equal or lesser than $150!

Smartphone market is actually being raced between two horses–Apple and Samsung. Undoubtedly, Samsung is now the world’s biggest Smartphone vendor, expecting to post a record-breaking fourth quarter earnings on January 25 this month. The company is expected to post an unaudited operating profit of about $8.3 billion on a revenue of $53.6 billion. Besides, the company is expected to ship more than 60 million Smartphones in the quarter ending December; now, it’s selling 500 handsets in every minute.

On the other side, Apple’s performance (since the last quarter) has not been quite promising for investors–they still believe that the company couldn’t maintain its long growth haul in the future. However, the company outstandingly performed in the last quarter. In fact, the quarter (Q4 2012) would be the most profitable quarter for the world’s biggest technology company in terms of capitalization.

Samsung, the only Android vendor that has managed to climb at zenith position, continues to steamroll over its rivals. It has become a major threat even for Apple, a premium product manufacturer. Samsung has planned to mount up its Smartphone shipments to 390 million units this year, while Apple is expected to ship 194 million units.

Apple iPhone Mini With Price Tag of Under $150

It’s true; Apple is seriously considering about the launch of a low price iPhone – Apple iPhone Mini. The price range of iPhone Mini revealed by Bloomberg has really shocked to everyone. Would you expect the company like Apple could launch an iPhone under $150?  The firm (Bloomberg) has mentioned that the retail price range of iPhone Mini would be anything between $99 to $149. Apple tends to sell iPhone 5 for more than $700 in emerging markets. How Much Profit Apple could Make From iPhone Mini ?

Previously, the cost of iPhone Mini was expected to be around $250-$300. But as the cost of the device mentioned by Bloomberg, it’s really tough for anyone to believe that Apple would sell the device under $150. However, Apple could easily create an operating margin of just 15% on iPhone selling under $150 with touch screen and 1 GHz processor. Considering to Nokia, the company is hardly making 10% of operating margin on its latest and most desirable Smartphone—Asha—with price tag of less than $150. Definitely, for making high profit margin, Apple will have to move to resistive touch screen and 600 MHz processor, which could be splinter for its iOS app market. But to provide a smooth experience Apple could consider low-price capacitive screen also for iPhone Mini.

Apparently, Apple’s decision to launch an iPhone Mini (and that too under $150) will impact on some other vendors’ business such as RIM and Nokia, already struggling to standalone their business in the market. However, a sub-$150 iPhone could cannibalize to its $650 iPhone sales, either deeply or permanently.

At the time, Apple’s strategy is to make stronghold in Africa and India, where the company has just 2.4% of Smartphone market share. The company is still struggling to make its presence in emerging markets such as India and China. And definitely, it would leverage on its absolute dirt price iPhone Mini, coming in late this year, for creating its halo effect.