‘Google Play Store’ Has Become A Favorite Place For Malware: Google Needs To Be More Focused On Safety Measures

The Sino-Indian border dispute has been a hot topic in Indian news and media ever since it...
Read more

Upskilling Is Mandatory As 72% Companies Have More Than 25% Roles At Risk!

The COVID-19 pandemic has led to businesses around the world facing unprecedented amounts of disruption and change....
Read more

India May Have 2.87 Lakh Coronavirus Cases Every Day By Early Next Year [STUDY]

As the number of coronavirus cases in India is on constant rise, the country might see the...
Read more

Just a month before,  a report from Duo Security revealed that over half of Android devices are vulnerable in security aspects–these devices have unpatched vulnerabilities. Really, it’s matter of consideration for Android platform, otherwise it could lose its credibility in the market. According to another latest report, Android application used by end users could expose ‘online banking and social networks credential’, ‘e-mail’ and ‘instant messaging . The main reason of security vulnerability is: The programs involved in Android apps have ‘inadequate encryption protections’.

41 applications in Google Play Store, identified by the researchers, leaked sensitive data during research. There are numbers of well-known exploits available online that affect Android devices while those connect to a local area networks.

However, the research paper could not identify the programs that make Android device vulnerable, but they noticed those are among 39.5 million apps, were downloaded 185 million times from Google Play Store.  Moreover, there were no such evidences that could claim that the vulnerable apps were developed by Google employees.

The research was conducted over 13, 500 free apps download from Google Play Store. A client app for a popular web 2.0 site offered by third-party developers (with an install base of about 1 million users) leaks Facebook and Google credential when users use to login into those sites.

Similarly, a “very popular cross-platform messaging service” in Google Play Store (with an install base of 10-50 million users) exposes the telephone numbers of users from the address book.  It’s pretty clear that Google engineers need to be more focused on safety measures in order to ensure encryption of Android apps more securely. 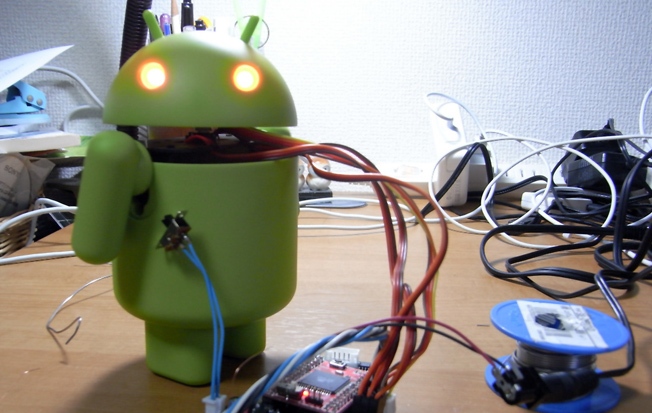 Would You Trust On Google Play Store ?

Talking of trust, one can easily trust on Apple App store. The reason is quite obvious; Apple App Store screens all apps before publishing them. On the other hand, Google does not take such preventive steps to stop malware to enter into the app store. However, it provides security option when users download the apps from Google Play Store.  The malware get onto the users’ device due to downloads of entrusted apps from Google Play Store.

We have already mentioned that Android showed off 3,325% year-over-year malware growth in 2011, while other platforms including JavaMe, Windows Mobile, Symbian and BlackBerry demonstrated 49%, 21%, 1% and 8% growth respectively.

How To Improve Security On Android Devices ?

It’s really tough to make your Android device free from malware attacks, but by taking some preventive measures you could make the device safer. Follows the instructions:

Indeed, Android platform has become a nightmare for Android device users. And it’s the time for Google to do something against the malware attacks.

The digital economy of India is all set to receive a massive boost after the head-turning announcement...
Read more
Brief

Qualcomm Ventures Invests In Jio: A Masterstroke To Dominate 5G Market In India!

If you thought Reliance’s hot streak of selling stakes in Jio Platforms was over after 12 deals with Intel Corporation’s investment arm...
Read more
Brief

The Success Of TikTok Alternative Apps May Be Short-Lived [STUDY]

After the Indian Government, in a bid to take a stance against China, banned TikTok and 58 other Chinese apps, the popular...
Read more
Brief

The Indian gaming market is one of the fastest-growing gaming markets in the world. In 2019, the number of gamers in the...
Read more
Brief

Employee App: Companies Must Have To Thrive In The New Normal

With all the advancements in technology, managers and business owners seem to be taking note. Far too many believe that traditional methods...
Read more
Brief

The Sino-Indian border dispute has been a hot topic in Indian news and media ever since it escalated to unprecedented levels back...
Read more

It's pretty much evident that the food delivery space in India is all set to get riled up soon enough as one...
Read more

It has been an idea that has been mooted by many, perhaps also somewhat sceptically. From being a dark horse to becoming...

Ever since the popular social media app TikTok entered India, it has been growing very aggressively in terms of users. Within a...

The digital economy of India is all set to receive a massive boost after the head-turning announcement that Google made today!
Read more

The COVID-19 pandemic has brought significant changes to what constitutes "normal' life all over the world. With lockdowns being imposed in every...
Read more

The Leaked Video Of Pixel 5 Is Quite Revealing!

Google never stops to surprise us, and Pixel 5 is no different. A recent leaked video of Pixel 5 reveals a lot...
Read more

Search engine optimization, aka SEO, plays a vital role in today's online world, especially if it's about running a business online that...
Read more

Guess who just happened to overtake Jack Ma - Founder of Alibaba Group - as the second-richest man in China? No, it...
Read more