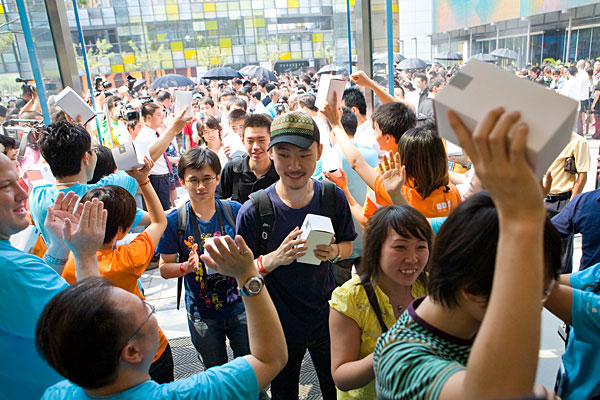 China is Apple’s second largest market after the U.S. and it’s expected to become the first by the end of this year. According to a recent report of IDC, China to crossover the U.S. this year in terms of smartphone shipments and that’s why the reason, it’s going to be largest market for Apple by the end of this year. In 2012, China will dominate the smartphone segment with 26.5% market share, up from 18.3% in 2011, while India will hold third position in terms of shipments. On the other hand, U.S. would be succeeded to grab 17.8% of smartphone market share this year, followed by India and Brazil with 2.5% and 2.3% respectively.

In China, users are extremely appetite to own low-priced smartphone. However, the country is going to lead in terms of smartphone shipments this year, but it will have lower average sales values (ASVs) and thinner margins— due to increasing competition in the market for lower-priced smartphones.

In addition to china and the United States, several other countries are also going to drive smartphone shipments over the next five years. Brazil and the U.K will account for 2.3% and 4.5% market share respectively in 2012 . Russia is also expected to be one of the contested markets in terms of smartphone shipments this year.

The growth of smartphone shipments in the U.S. will be driven by users (smartphone) those will upgrade their devices and features-phone user those will switch over the smartphones. Besides, the low-priced models, proliferation of shared data plan  and expansion of 4G networks will also boost smartphone adoption across the country.

Smartphone penetration in India is still lowest in the Asia-Pacific region, but thanks to low-end smartphone–offering dual SIM capability and local apps–which is playing a significant role in the device adoption in the country. In India, 3G data plans are still too expensive and that’s why majority of mobile users are unwilling to use 3G data plans.

In Brazil, operators are struggling to increase Average revenue per users (ARPU) and also looking to reap greater profitability from devices. In the western Europe, the U.K is considered as one of the fastest growing smartphone market. The smartphone shipments in the U.K is being driven by high operators subsidies and long-term post-paid contracts and also, inducement of LTE  and new range of services are expected to fuel smartphone growth in the U.K. Anyway, it’s clear that the emerging markets are going to play vital role in smartphone shipments this year.