Home Brief Will The Frequent Change Of ‘Driver’ – And The New CEO –... 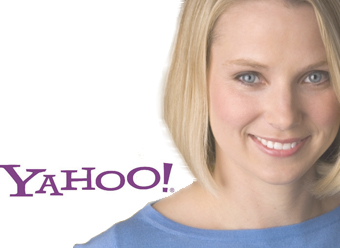 Indeed, Yahoo’s investors are beleaguered with turmoil for making permanent CEO, almost half-dozen CEOs have left the company since last five years. However, it has been speculated that the interim CEO “Ross Levinsohn” would lead the company, but it hasn’t happened so. Yahoo is betting a hue on Marissa Mayer, a new CEO of the company.

At present, Yahoo’s, appointing to Mayer as CEO, decision has become one of the big thing around the world. Prior to joining Yahoo, Mayer served Google for 13 years, where she played different roles including engineers, designers, product manager and executive. Google Executive Chairman Eric Schmidt applauded Mayer “a great product person and a real perfectionist, who always wants the best for users. Yahoo has made a great choice.” But, the worth asking is here; whether the internet pioneer will revamp the Yahoo’s business, fading since last year.

How Fame Does Not Always Work

However, this time, it’s tough to say how much effective she is for Yahoo, will be seen in the future. We have number of examples in this context. In second half of 2010, Nokia appointed Stephen Elop as a new CEO of the company due to his strong knowledge of the U.S. software market. He was an employee of Microsoft’s prior to joining Nokia. After being the CEO, Stephen appreciated Windows Phone and decided to work on it. At that time, Nokia was leading mobile handset manufacturer, but during Stephen tenureship, it has plummeted to its lowest value. Besides, we could take one more example of Tim Armstrong, appointed as CEO of AOL in March 2009, prior to joining the company he served Google as the head of U.S. sales. AOL had great hope with its new CEO, but it’s still struggling to make its presence in the market, having almost negligible market share among desktop search engines.

On the contrary, when Ed Zander became CEO and chairman of Motorola, that time, the company was facing a fierce competition from RIM and iPhone. He announced to launch Motorola RAZR model during his tenure, which surged the volume of Motorola mobile handsets around the world.

According to WSJ, Yahoo has offered $100 million in compensation, stock, bonus and retention awards to Marissa Mayer over the next five years. Before giving up to Google, she was working as vice president of local, location services and maps. Mayer’s compensation was never disclosed, but one thing is quite clear that she was an employee number 20 of the company. Indeed, I think, to entice such employee from Google, such a huge compensation is needed, and Mayer deserves such packages.

Difference Between Yahoo And Google

We can’t compare Yahoo with Google this time, however, both the companies were setup for the same purposes, but this time, Google has been diversified. It’s working on different segments including mobile OS, mobile devices, TV, Glass project and more. The responsibility of Mayer’s has increased at Yahoo due to great expectation of the company’s investors from her sides. However, it’s very tough to turnaround the company completely. At present, the company needs to layoff some work-forces and to re-frame strategies for  reconstructions around. I think, hiring to Mayer means Yahoo is focusing on web technology and products in order to beefing up online contents.

Task Ahead For Mayer

How can anyone forget to Mayer’s contribution for making ‘clean look of Google’s home page’. In addition to these, she has also played a crucial role on several patents in artificial intelligence and interface design. Google is known for its fast and functional services, for which it has periodically been testing to its products and purging to obscured one. Undoubtedly, Mayer is quite ambitious and she has ability to reform the company. But, as the competition is increasing, she will have to face more number of challenges. She will have to work on the mobile ecosystem because mobile web browsing is exponentially increasing year-over-year. In mobile search, Google accounted 92% market share till the mid of May this year, while Yahoo had just 5% share.