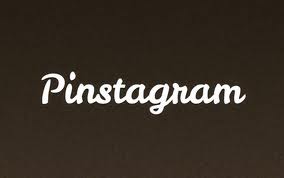 What are the two most popular apps you can think of in recent history? Most of you are likely to come up with the answers – Instagram and Pinterest. Now let’s say that these two block-busters are mashed up together and presented to you as one app, couldn’t get better, could it ?

Pek Pongpaet and Brandon Leonardo are two friends who decided to get involved in some weekend coding adventure. They were discussing how many startups are pitched to VC firms with phrases such as “We’re an X for Y, like an AirBnB for dogs,” Pongpaet told Mashable. The duo realized a “Pinterest for Instagram” would be the most extreme example, and thus Pinstagram was born.

“Over the weekend I started hacking away at it … People seem to like what we came up with.” – Pek Pongpaet

Pinstagram allows you to like and comment on photos, as in the Instagram app. At the same time, you can pin photos to your Pinterest pinboards. Once you sign-in using your Instagram account, the wall greets you with all your photos in the Pinterest layout. Considering that it has only been up and running for about 2 weeks, the website is making a lot of progress and is making some heads turn its way in curiosity. Pek also said that he envisions iPad and desktop apps for Pinstagram in the future.

Now this isn’t the first time someone has tried to merge these two great apps and create a mashed up version, earlier this year in March Italian developer Gennaro Varriale had created a similar app called Pingram, but that mash up pales in comparison to this one, because it offers a lot more user friendliness than Pingram, and therefore gives the users a feel of both Instagram and Pinterest, which is likely to be the reason that Pinstagram could have more traffic coming its way in the near future.

Another big factor that could help this app really take off is pointed out by Pek, he says that Pinstagram fills a big void in the Instagram ecosystem — an easy way to browse your photos on a desktop browser, because a lot of people still browse apps on desktops.

“This is the perfect interface for Instagram for me .. a lot of people are still browsing the web on desktops.” – Pek Pongpaet

It is often innovations like these that not only bring such mashed-up versions to spotlight but further popularize the individual apps themselves, not that Instagram and Pinterest need any more help from third party vendors, but they certainly wouldn’t be complaining.