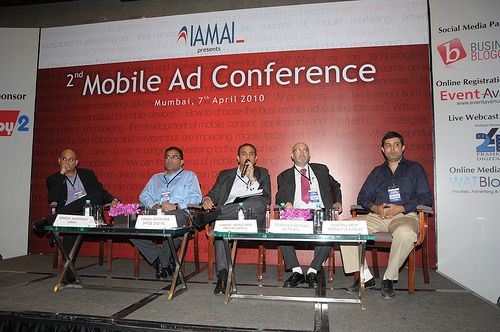 Last year, numbers of rumors speculated that the global mobile advertising revenue could reach $3.3 billion by the end of 2011. Some rumors also predicted that mobile commerce will reach $11.6 billion by 2012 across the world. In the beginning of this year, a stat revealed that mobile payment might reach to $670 billion by 2015. Undoubtedly, we can not ignore the participation of emerging market such as India and China for creating such a hoard of mobile advertising revenue. On April 12, 2012, the Internet and Mobile Association of India (IAMAI) in collaboration with IMRB has reportedly stated that mobile advertising market in india would reach to USD 28 million (INR 144 crores)  by 2013. The firm elaborated its stats on 4th Digital Advertising Report at Delhi this week.