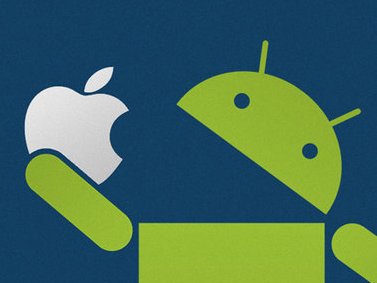 A recent report from IDC states that the Tablet shipment had reached to 28.2 million units in Q4 last year, up by 56.1% from Q3. The firm also reveals that the Tablet shipment had unprecedentedly grown by 155% in Q4 last year compare to the same quarter a year ago. The total shipment in the last year was 68.7 million and it’s expected to have stronger demand of the Tablets this year. The firm has also reportedly stated that 106.1 million units is going to be shipped this year, up from its previous prediction of 87.7 million units. In Q4 last year, advent of Amazon changed the definition of the Tablet. Nevertheless, Amazon could ship just 4.8 million Kindle Fire Tablets and succeeded to grab second position. On the contrary, Apple sold 15.4 million iPad and dominated the Tablet segment. However, the market share of Apple declined from 61.5% in Q3 to 54.7% in Q4 last year. Samsung managed to acquire third notch with 5.8% market share, up from 5.5% in Q3 last year. Some other players like Barnes & Noble also launched its Tablet Nook in the market grabbed 3.5% market share, down from 4.5%.

Research Director of Mobile Connected Devices–Tom Mainelli– said, “Amazon’s widely-reported entry into the media tablet market with a $199, 7-inch product seemed to raise consumers’ awareness of the category worldwide despite the fact that the Fire shipped almost exclusively in the U.S. in the fourth quarter. As a result, products across the pricing spectrum sold well, including everything from Apple’s premium-priced iPads (which start at $499) to Pandigital’s line of Android-based, entry-level tablets (which start at $120). The success of market leader Apple was particularly noteworthy, as the company’s shipment total for the quarter represents an increase of 110.5% from 4Q10.”

Android saddled down its all afford to clinch the market share of iPad last year. And also, the intrusion of Kindle fire in Q4 and Nook in Q3 last year gave stranglehold to Android. The market share of Android grew from 32.3% in 3Q11 to 44.6% in 4Q11. However, some other players such as Blackberry and webOS dropped from 1.1% and 5% to 0.7% and zero respectively in Q4 last year. If we are talking about the total shipment of Android tablets in upcoming years, we can’t ignored to the emerging markets such as India and China. Last year, a Canadian based company–Datawind–introduced Android-powered Tablet “Aakash” just at $47 exclusively for India and now the company is planning to launch upgrade version the Tablet this year. However, the company has failed to fulfill the surplus demand of the Tablets in the country till date.  Similarly, India’s one the largest Telecom giant BSNL also launched an Android running Tablet “Penta IS701R” at just $71 on March 1 of this year. Likewise, last year, an Android 4.0 version based “Nova 7” was introduced in China. I think, the demand of Tablets is going to burst out in these emerging market and Android is definitely going to be biggest player here. Numbers of manufacturers are also eager to introduce Android running Tablets later this year.

It’s pretty known that users especially in emerging markets are price-sensitives. That’s why, Android cheap Tablets are penetrating the market day-by-day. This year, Google is also going to release its own Tablet “Nexus“, which will have maximum number of features but at the minimal price. Recently, Google has re-branded its services like Google Play Store, Google Play Music and more. At MWC, this year, Android founder and Google’s senior vice president–Andy Rubin–stated that 850,000 Android devices are being activated every day. Google has currently gathered all those things which is essential to lure a vast numbers of folks.

As the data reveals, the market share of iOS- based Tablets are monotonically decreasing year-over-year, while Android market share is strictly augmenting. Likewise, the demand of Tablets are also increasing year-over-over, and it’s expected that the demand of tablet will reach to 198.2 million by 2016. The day is not so far when Android Tablet will surpass iOS based iPad, and I think, definitely, by 2015.