Samsung, a major smartphone manufacturer, recently announced the next version of Galaxy S series smartphone as Galaxy S Advance I9070. This new avatar from Samsung runs Android 2.3 Gingerbread and is powered with 1GHz Dual-Core Cortex A9 processor which means its powerful enough to run Android 4.0 Ice Cream Sandwich on it and thus I think that it may get ICS update in near future. Samsung launched this new smartphone though they already have Galaxy R, so-called cheaper substitue of Galaxy S II smartphone, in the market. Thus it seems that Galaxy S I9070 will be cheaper than Galaxy R because of the little bit difference in the specification as both feature Dual-Core 1 GHz processor but RAM,chipset and screen size are the major areas of difference. Samsung galaxy R has a 4.2″ SC-LCD display whereas Galaxy S Advance has Super-Amoled 4.0″ display, former features Nvidia Tegra 2 and 1 GB RAM whereas the later has 768 MB of RAM. 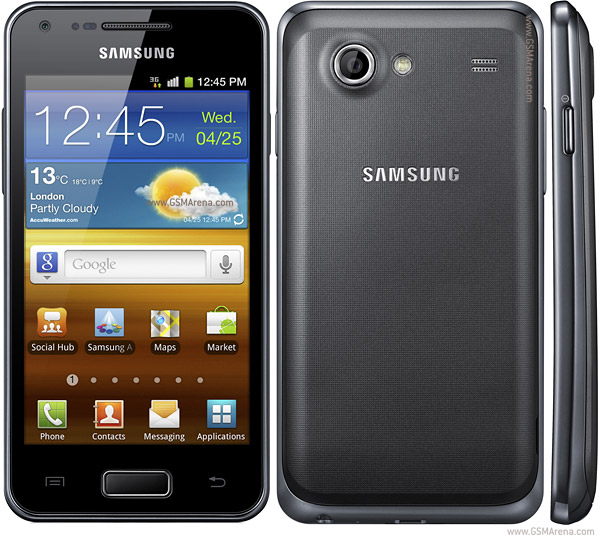 Samsung must be having some marketing strategy for the Galaxy S series smartphones as they launched Galaxy S Advance when they are already facing the rage of Galaxy S consumers for neglecting to update Galaxy S with the latest Android 4.0 Ice Cream Sandwich. For the time being keeping the issue aside let’s have a talk over the detailed specification of Galaxy S Advance. Samsung Galaxy S Advance I9070 features the 4.0″ Super Amoled display with 480×800 pixels resolution and Corning Gorilla glass. The crispy display delivers an amazing and vivid display for viewing various web contents,multimedia streams and 3D games. The smartphone is available in two variants i.e with 16GB and 32 GB internal space respectively, and runs on Android 2.3 Gingerbread. Its powered with 1 GHz Dual-Core Cortex A9 processor and 768MB of RAM, which seems sufficient enough to handle editing jobs and 3D gaming with ease. The smartphone is bundled with 5 MP camera featuring Auto-Focus, LED Flash,Geo-tagging, touch focus, face and smile detection. It’s also packed with a 1.3 MP front camera for video calling . The smartphone is a feature packed phone so lets see whether it can bring smile on the faces of smartphone lovers. Below is the video to demonstrate the capabiltiy of Galaxy S I9070.