Nintendo will define new hardcore gaming standards with the release of their recently announced ‘Wii U’ game console. Wii U will be the successor of Nintendo’s globally acclaimed game console, Wii, which already competed with PS3 and XBox360 gaming consoles. The revolutionary Wii U belongs to the eight generation game consoles and is Nintendo’s sixth home game console. When released, Wii U will also be the Nintendo’s first game console to produce stunning 1080p high-definition graphics, featuring a new controller system with a built-in touchscreen and the controller will also allow gamers to continue their paused game sessions even though the television is turned off. The Game console is even fully backward compatible with Wii,its games will be supporting Wii peripherals also like Wii Remote, Wii MotionPlus and Wii Balance Board. Most probably, Nintendo will be releasing this next-gen gaming console in second quarter of this year and will compete with Microsoft XBox360 and Sony PS3. 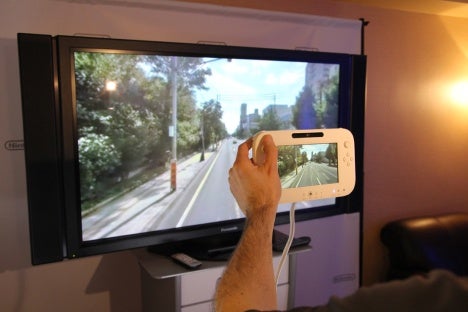 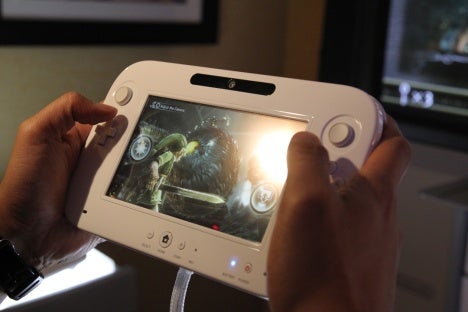 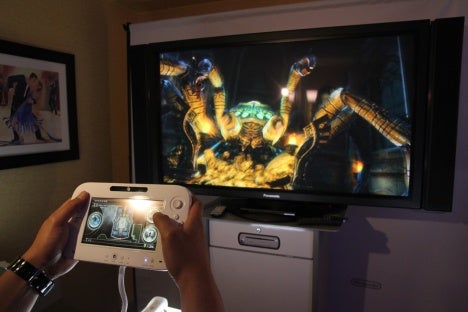 The features that make Wii U the most anticipated and desirable game console of 2012 :

1. Swapping of gameplay video from the television to the 6.5″ touchscreen of Wii U controller which ensures enriched and innovative gameplay experience for the gamers.
2. The revolutionary game console will produce astounding 1080p high-definition game graphics to deliver vivid viewing experience to the gamers.
3. The features like front facing camera,multi-touch display,gyroscope,accelerometer etc. in the Wii U controller will innovate new gameplay methodology for the designers and gamers both.
4. Wii U has highly powerful CPU featuring All-new, power based microprocessor from IBM. This multi-core processor is manufactured at 45nm with an eDRAM cache and is based on POWER7 architecture found in the Watson supercomputer. The GPU embedded in Wii U is a custom-designed AMD Radeon HD similar to the Radeon R700 architecture. The monstrous specification will surely deliver amazing graphics with highly detailed texures, world maps and visual effects. The physics used in Wii U games will surely be eye-popping.
5. Features SD memory card slot (supports SDHC cards),4 USB 2.0 ports,Sensor Bar power port,AV Multi Out port HDMI 1.4 out port.
With such amazing features it will be interesting to witness whether this innovative game console will be able to attract gamers and define new gaming standards or not.

The Best Gaming Subscription for You: Time To Settle With Nothing But The Best

So Far So Bad For Nintendo : Xbox 360 Games Currently Outselling Wii U Titles By 24 Times

Nintendo Could Die If They Don’t Innovate Soon Enough [Report]