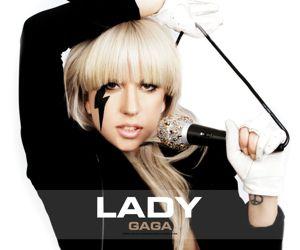 Lady Gaga has set a record by becoming the first person in the world to boast 18 million followers on Twitter. She achieved the remarkable feat less than a month after her nearest social network rival Justin Bieber chalked up 16 million online fans. The thrilled ‘Poker Face’ singer took her micro blogging website to announce the big news on Monday

Gaga beat Justin Bieber by nearly two million fans and Katy Perry who is way back in the third on 13. 9 million. She added: “I just want to keep going. I’m not as goal obsessed as I am process obsessed. I just want to keep writing music. I’m looking forward to putting out another album and going on tour.”

She is the most popular celeb with highest number of fans followers on social network with 117 million overall fans; She is the most popular Twitter celeb with more than 18 million followers . Her Facebook page comprises of more than 46 million fans. Her YouTube channel has more than 28 million views. One thing she did, which made her different from others was that she concentrated on other platforms as well. MySpace is one of them, where she had 25+ millions friends.

Lady Gaga is not only the hottest celeb on Twitter, but she is also the one, who gets the maximum amount of followers a day. Earlier it was Britney Spears, but her growth was erratic. On the other side she gets 15000 to 19000 followers each on an average day.

Gaga recently confirmed that she plans to release another album later this year. Last month she also revealed that she had already chosen a name for her new album and had started to pen tunes for the LP. She had previously claimed that she was planning a duet with Elton John for the record.