Samsung, a major electronics giant, announced recently that it has shipped 1 million units of Galaxy Note worldwide since its launch in November 2011. Galaxy Note, prior seemed to be a sort of experiment from Samsung because of its 5.3″ huge display but after the announcement from Samsung, the brilliant and vivid display of Galaxy Note seems to be driving it on a successful roadmap. Smartphones from Samsung, under the flagship of Galaxy are continuously making their mark on the  smartphone market and its consumers.

Samsung recently reported that they will be introducing giant Galaxy Note in US market too and also stated that the market sales of its Galaxy Note has increased a lot in France, Germany, Hong Kong and Taiwan, despite of its monster size screen display as compared to an average smartphone.. 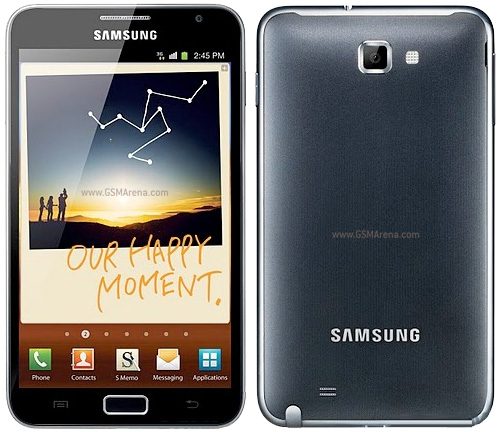 The above monstrous specification is sufficiently enough to handle image editing, multi-tasking, 3D gaming etc. with ease. It features 8 MP camera with Auto-focus, LED Flash and is capable of 1080p video recording at 24 to 30 FPS. Samsung launched the Galaxy Note as a hybrid device featuring tablet-type display in a smartphone which seems to be turning out a successful handset