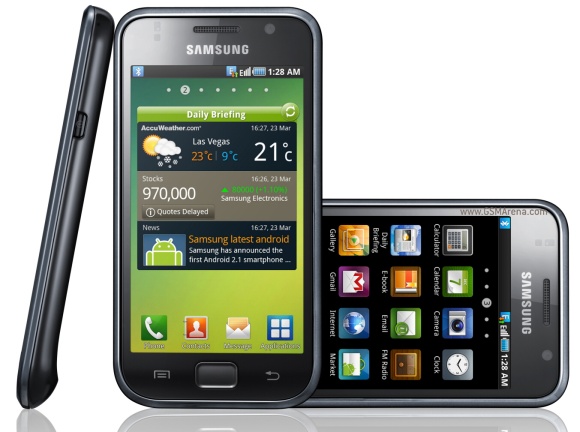 Major reasons which Made Samsung to rethink over their decision on rolling out Galaxy S and Galaxy Tab 7.0 were very peculiar and are given below.

Few weeks before, Samsung released the list of supported android handsets which will be getting Android 4.0 ICS update but the good old Samsung Galaxy S and Galaxy Tab 7.0 were not in the list. The furious owners of these handsets repeatedly asked Sammy about the reason of not rolling out the ICS update, in return Samsung explained that Galaxy S and Galaxy Tab 7.0 doesn’t have sufficient RAM and ROM to run Android 4.0 Ice Cream Sandwich smoothly as features like TouchWiz in Samsung Handsets need plenty of RAM for glitch-free performance. Soon after Samsung’s announcement of not rolling out these handsets to Android 4.0 because of insufficient specification, a developer from XDA-Developers website released much stable and high performance custom Android 4.0 Ice Cream Sandwich for Galaxy S, which gave a big punch to Samsung. Below given video clearly depicts about the very well capability of Galaxy S to run Android 4.0 Ice Cream Sandwich OS.

The above video shows a Samsung Galaxy S running the custom Android 4.0 Ice Cream Sandwich ROM which was developed by a developer of XDA-Developers website which gave Galaxy S owners something for rejoice. Now after the announcement of  Android 4.0 ICS update schedule from LG, supporting LG Optimus Black, which has almost same specification as Samsung Galaxy S, a wave of anxiety has risen among Galaxy S owners. Below is the detailed specification of both the handsets featuring processor,RAM, GPU and chipset.

The above specification and the video given clearly shows that Samsung Galaxy S is very much capable of running Android 4.0 Ice Cream Sandwich and that too very efficiently. These reasons are enough for Samsung  to rethink on its decision over not rolling out Galaxy S and Tab 7.0 just for mere market strategy.