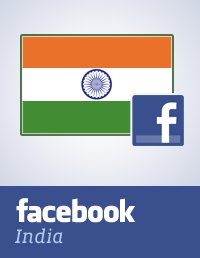 It’s surprising; Indian Government has requested Social networking sites to screen the users’ content before making it live. The move is really an unrealistic and unexpected initiation and would harm the image of Government as well as Nation. It has been reported thatIndia’s acting telecom minister Kapil Sibal has conducted a meeting with IT sector giants Microsoft, Yahoo, Facebook and Google on related issue. The major reason behind such step is being considered to stop hampering the image of Congress Party President Sonia Gandhi over social networking sites, especially Facebook.

Currently, India has more than 112 million of internet users and its impossible to cross verify the contents of each post, the same was said by technology giants too, who participated the meeting. They have said that the request is impossible to honor because of huge volume of user-generated comments which are not only coming from India but abroad too. On an average 75 million users from India are on social networking sites with Facebook – 38 million, LinkedIn – 13 million, Twitter – around 15 million and others 10 million. Therefore, it is almost next-to-impossible to verify the contents of each and every post – an aspect Indian Government should think about !

However, Mr. Sibal expected the companies to use people to screen the content not technology. Although, there could possibly be many more reasons behind such aggressive chase but the anti-congress flow could be the major one. Government, which is facing the heat on regular basis on multilple fronts, considering social media a big source that is fueling the fire. Anti Corruption move, driven by iconic “Anna Hazaare”, too got immense support online and had put govrenment on back foot some time back.

It’s also the fact that on each day minimum 10 messages are being broadcast by different people on Facebook which directly – or indirectly- accuse Congress or Gandhi family for various scams or issues.  Adding to that, several pictures and videos have also been emerged over Faceb0ok, claiming the shocking revelation against Congress and its ministers.

Personally, I think such step by Indian government is unjustified. Implementation of  conditions over social networking sites is impractical and government should think about the other better alternatives of controlling the abusive contents over internet which could harm the community, religion or nation as a whole.

What is making government so restless ? Do they want to clip the ‘freedom of expression’ which is a basic right for a human being of this country. Is government has accepted the defeat to fight with corruption, terrorism and other burning issues. And, don’t want this to get exposed infront of the people from one of the largest democratic countries. There are many questions that government need to address before they expect people to stay confident with their desired policies.