At last News Corp managed to divorce MySpace after long locking and popping. On Wednesday, the company has announced that Online Advertising Firm “Specific Media” has acquired Myspace at just $35 million – yes no typo error. Earlier in February this year, it was reported that Myspace is up to grab and New Corp, who bought Myspace in 2005 by paying whopping $590 million, wants to abandon the sinking ship for minimum $100 million.

According to AllThingsD, this will trigger the departure process of MySpace Chief Executive Officer Mike Jones along with few others. This will also result in a good number of additional layoff in next few days. Jones will end up his journey with MySpace after 2 months of the transition period which will help Specific Media to gain complete control over MySpace.

Once the biggest buzz of Social media, MySpace is going through some rough patches for last 2 years, especially after the emergence of Facebook. The company was known for the massive user database of 500 million users and most happening place on the Internet like Facebook today. However, after two years of the buyout by New Corp, MySpace started struggling to float smooth due to shrinking advertising revenue and constant drop in the visits with every passing week.

In the Wednesday press release that announced the deal, outgoing CEO Jones said:

Today, we are announcing that Myspace will be acquired by Specific Media, one of the world’s leading online media and advertising platforms. Over the next few days, you will be hearing from the team at Specific, including their CEO, Tim Vanderhook, regarding their exciting plans for Myspace and how it fits in with the overall vision of their company.

In conjunction with the deal, we are conducting a series of restructuring initiatives, including a significant reduction in our work force. I will assist Specific with the transition over the next two months before departing my role as Myspace CEO.

I wanted to take a minute to thank you all for the incredible experience it has been to lead this company and to work closely with all of you over the past several years. While I regret that we won’t be working together at Myspace any longer, I am very proud of the work we have done here and believe we have performed with excellence — even under extremely difficult circumstances.

My time here at Myspace represents the most engaging and challenging time of my professional career. I have found our team to be comprised of the best people I have come across in our industry.

Going further, it would be interesting to see how Specific Media management reframe MySpace among online users. However, with many new developments in last few weeks in the industry and at the time when Google has actively plunged into social media with Google+, it’s going to become a bumpy ride for Specific Media. 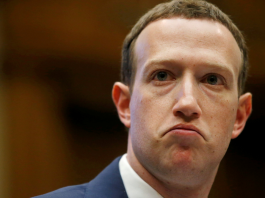