Home Companies Apple 10 Amazing Facts About Steve Jobs You May Not Know ! 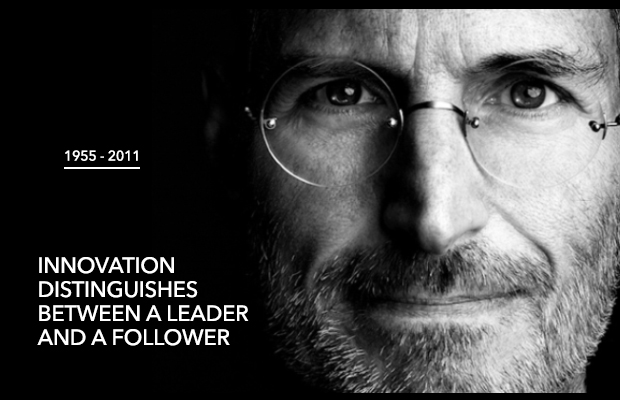 A truly iconic man and a fighter who has brought back Apple Inc. (NASDAQ:AAPL) from almost declared bankruptcy to second most valuable company in U.S – Yes, I am talking about Steve Jobs – CEO of Apple. We all know him well, we have heard many things about him, many praise him like a god while many as a business mentor.

But, just like many other people, there are few interesting, but less known, facts about Steve Jobs which may not go with his stature and personality but remain true. With all surprise, on 19 January 2011 Steve Jobs went on unscheduled leave due to his health problems, which later proved fatal to him. Later that year, on October 5, 2011, the visionary CEO and a great mentor left us for heavenly aboard.

Here are few facts you may not have known about the enfant terrible of silicon valley:

In 1973, Steve dropped out of college following to which he joined ATARI. In the same year, he went to India to look for enlightenment. Later in 1976, before Microsoft, he had formed Apple. After 9 years of esteem hard work he left Apple in 1985 only to found another venture called NeXt. Very next year Steve bought an animation studio firm called PIXAR. He came back to Apple in 1996 and in 2006 he finally sold Pixer.

Steve jobs was a Dyslexic. He couldn’t read, write and understand the characters. Despite such complications, he has managed to build a second most valuable technology company. Interestingly, this put him in the elite list of few other well-known personalities like Graham Bell, Albert Einstein, and Henry Ford, who also suffered some the same “intelligent personality” disease.

In early days of learning, Steve Jobs remained as a terror to his classmates. He spent 3rd grade as a self-claimed “little terror” that used to leave snakes in classrooms and exploded bombs. In my professional career, I never saw anyone holding an identity as “0” before I found out Steve Jobs fact. In Apple, he held an employee ID as 0. In early days of formation Apple’s board of directors wanted to tag all the employees with employee ID in an order they were hired. Steve Wozniak, Apple’s co-founder got employee No 1 and Jobs was assigned 2. Jobs continued to protest against this until he received 0 because it comes before 1.

After dropping out of his classes at Reed, he sat in on a calligraphy class and got fascinated with fonts and penmanship. He attributes the original Apple true type font face (which was later copied by Windows).

Have you ever heard about an employee who got reshuffled for night shifts just because of his dressing sense and poor hygiene habits? Yes, it was Steve Jobs , if no one else. He used to smell terrible which had forced the Atari management to send him for night shifts.

Try to Google about Steve’s photograph. Most often, you will find him only in black St. Croix cashmere/silk high neck T-shirt, Levis blue jeans and New Balance sneakers. He owns more than 100 jeans of the same make, size, and color.

Steve Jobs withdrew just US $1 as his annual remuneration from Apple’s account as CEO. However, he earned more than $48 million per year from Disney shares.

President Of PepsiCo To Work for Apple

Steve jobs had always been known as a good negotiator. He convinced John Sculley – then, the President of PepsiCo – to quit his job and join Apple as CEO by saying “Do you want to sell sugared water for whole of your life or do you want to change the world ?”

The logic behind forming his company with a name “Apple’ is a strong vegetarian habit of Steve Jobs and Apple being his favorite fruit. He and his wife both are strict vegans, no matter what happens.