The success of Groupon, a revolutionary online discount Coupons Company, has made many industry giants to closely monitor the growth of the company. In total lifetime of just 2 years Groupon has reached to the level where people starting comparing its growth with search leader – Google. With such exponential growth, it’s no surprise if Groupon decides to pickup finance bags by selling off the company and that is something which Yahoo is eyeing, as reported by Kara Swisher.

Yahoo is evaluating various options to acquire a big content company which should boost the presence, brand and moral of the employees, especially after the recent departure of few senior executives. Besides AOL and Demand Media, which are in acquisition radar of Yahoo currently, Groupon is tempting Yahoo to jumpstart.

Groupon – A company which is currently dominating social couponing industry across the globe – can be the best and probably the most preferred choice for Yahoo by all it means, as per sources. If such acquisition comes into existence, Yahoo will regain its lost position in Internet arena and also be in the hot space around the local purchasing and consumer information.

Will Acquisition Make Sense for Yahoo ?

From the day of inception Group has achieved various milestones successfully and has been reached to valuation of USD 1.3 – 1.5 Billion in recent round of funding. Company is expecting to secure the revenue of USD 200 – 300 million this year. With such scenario Yahoo will have to shell out $2.5 Billion to $3 Billion for such buyout which is not going be easy for the company.

Yahoo is currently sitting on $3 Billion cash reserve and market cap of $20 billion. To give a final shape to anticipated acquisition either Groupon will have to accept Yahoo stocks or Yahoo will have to float a bunch of debt. At the same time Yahoo will also have to go through the tough round of board’s approval process which are already tightening the nose of the company.

If we follow the earlier moves of Groupon on similar prior efforts by various companies, Company never entertained such initiatives. Groupon CEO Andrew Manson is very optimistic about the future growth and surety of success. However, when SAI tried to check the pulse of Andrew on such report, all they got “ Uggggghhhhh” as a response. Interestingly, the last line of Andrew was inheriting lots of mean – “I’ll call you about something that you’re more willing to talk about soon.” 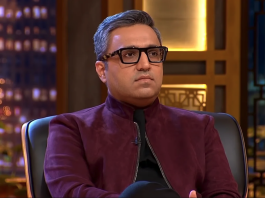